Your lake Mille Lacs early season typically means you’re going to target shallow water near their spawning habitat. The fish are usually just wrapping up their spawn, or perhaps on their way up shallow to spawn. In either situation they’re going to be near the warmer, shallow water. With that on your mind most people head to the north end, that’s not the only way to catch them early season. However, its typically a bit better.

Jordan headed out to the north end. His mindset was to rig sucker minnows along the north shoreline break, and toss jig and plastics, because who doesn’t like feeling that bite on a jig stick. Mike stayed on the south end using jigs but also tossed out some crank and jerk baits.

Both the north and south end were very productive. The fish were mainly spawned out already. You’ll hear a lot of guys calling big spawned out females “darts” and that’s exactly what they were. 26-28″ fish weighing merely 3 pounds. For both Mike and Jordan, the best action turned out to be tossing plastics. This was probably due to the fact that we were able to fish a lot faster covering more water. When we’re tossing plastics we tend to move a lot quicker. Spot lock, fan cast an area, pull the aggressive fish off, move 50 yards away, spot lock, pull the aggressive fish off, you get the idea. The best depths were actually quite wide gapped. We found fish up in 6 feet of water, and fish out in 18 feet of water. Those fish up shallow are typically going to be much higher caliber. Where the smaller fish will most likely slide off a bit deeper. 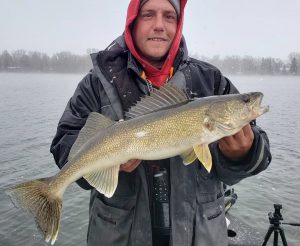 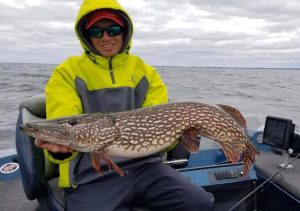 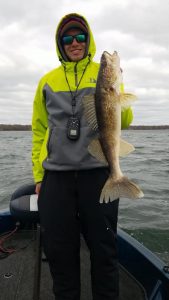 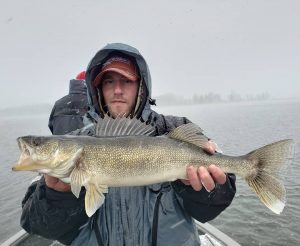 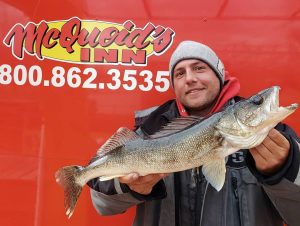 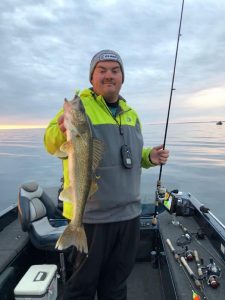 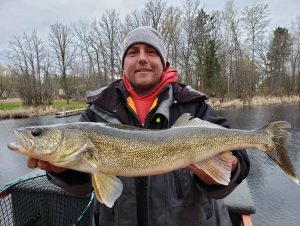 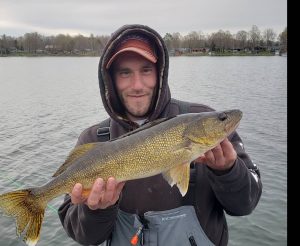 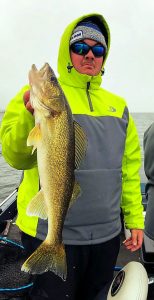 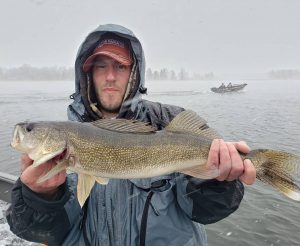